That doesn’t mean the economy is going to come roaring back.

Unbelievably, stocks have recouped just about all of their losses from the coronavirus crash.

The NASDAQ reached an all-time high, topping 10,000 earlier this week, and until Thursday’s plunge, the S&P 500 was in positive territory for the year, down just a few points from its all-time high on Feb. 19 before coronavirus fears swept the market.

A number of factors have supported the recovery, including signs that the economy is bouncing back, a sense of bullishness among traders who may be pushing some stocks into bubble territory, and a lack of new spikes in coronavirus cases, even as many states began reopening their economies over a month ago.

While fears of a second wave of infections persist and some epidemiologists have warned that a significant outbreak could return in the fall, another lockdown like the one we just saw across the country has little chance of happening. Here’s why: 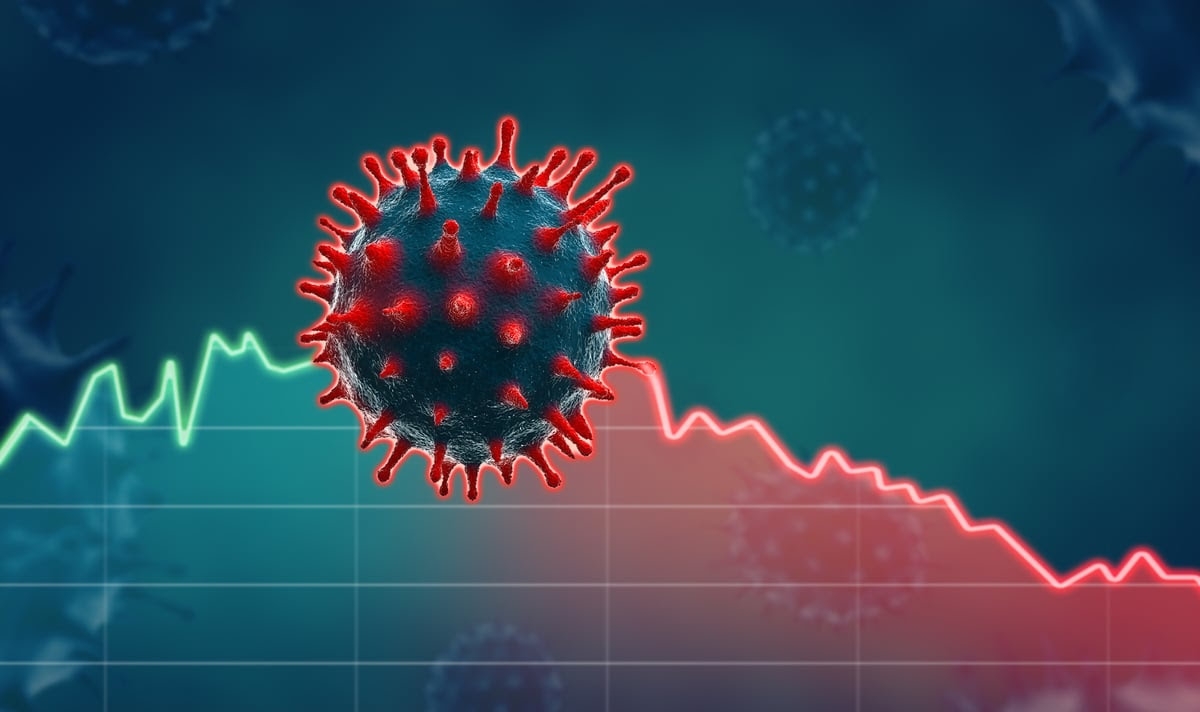 In mid-March, when the countrysuddenly went into shutdown mode, there were very few identified cases of COVID-19 . The virus had been allowed to spread undetected and there was a sense across the country that it was much more widespread than had been reported. In New York City, school attendance plunged to 68% on March 13, well below the average of 92%, as parents kept their kids out of school over fears of the virus. At that point, only about 400 positive cases had been reported in the state, which became the epicenter of the pandemic in the U.S.

That’s because testing was very limited then, and officials were missing the vast majority of positive cases. According to data from Johns Hopkins, fewer than 30,000 tests were performed daily across the country when the U.S. first began to shut down. Today, testing capacity has significantly increased, and there are more than 400,000 tests performed daily. Though reported daily new cases still average around 20,000 (compared to around 30,000 during the peak in April), a much greater percentage of positive cases are now being identified. The actual number of new coronavirus cases (reported and unreported) is therefore much lower than it was at the peak of the outbreak. The national test-positive rate is now below 5%. At the peak of the crisis, it was above 20%.

Identifying more of the positive cases helps slow the spread of the virus and prevents the need for a full lockdown.

2. Americans have changed their behavior

In early March, when there were news reports of the coronavirus outbreak in the U.S. but not a clear sense of its severity, there was little behavioral change in the country. Schools were in session, restaurants were open, and large gatherings were still taking place. American life was going on as it always had.

Today, as states reopen their economies, a “new normal” is emerging. Most Americans now wear masks or face coverings in public places. According to one survey from the Democracy Fund and UCLA Nationscape Project, 84% of Americans have worn a mask in public, and local laws and businesses often require it. According to one study from a team of international scientists, wearing a mask can reduce the spread of COVID-19 by 80%, greatly lowering the risk from interacting with fellow community members.

Similarly, social distancing was a foreign concept to most Americans back in early March. Now, it is regularly practiced as people space themselves out while waiting on line, and restaurant tables are spaced six feet apart. Behavioral changes such as these, which did not exist before the first wave, should help prevent a severe national outbreak, and show that Americans are willing to adapt to control the spread of the disease. Consumer-facing businesses have also adapted, by constructing plexiglass barriers, making payments contactless, and sanitizing spaces more often.

The pandemic and the economic shutdown that followed have been devastating. The unemployment rate is well into the double digits, the highest it’s been since the Great Depression, and more than 40 million Americans have filed for unemployment since mid-March when the lockdowns began. Gross Domestic Product fell 5% in the first quarter, and second-quarter GDP could plunge by more than 40%, according to the Atlanta Fed and other forecasters.

More government relief may be on the way, although the current level is already unprecedented. The CARES Act, which included the $1,200 stimulus checks as well as expanded unemployment payments, the Paycheck Protection Program for small businesses, and relief for hard-hit industries like airlines is expected to cost $1.8 trillion, according the Congressional Budget Office.

Additionally, the Federal Reserve has provided a backstop to a wide range of debt including junk bonds, providing ample liquidity and ensuring against a sudden rash of bankruptcies. The Federal Reserve’s assets have expanded from $4.2 trillion before the crisis to $7.2 trillion as of June 1, an all-time high, as the central bank has effectively printed trillions of dollars to maintain sufficient liquidity in the economy.

The Congressional Budget Office forecast in April that the federal budget deficit would reach $3.7 trillion this year and $2.1 trillion in 2020, compared with previous forecasts of around $1 trillion for each year, showing the cost to the federal government.

Meanwhile, state and local budgets are imploding from a sudden plunge in sales tax revenue and other receipts. New York City, for example, said it expected a loss of revenue up to $10 billion from the crisis. All of that means that state and local governments will be loath to implement another lockdown unless it is absolutely necessary.

If coronavirus cases rise, we’re likely to instead see localized incremental action to keep another wave at bay, such a reversal of the economic reopening stages that states have gone through thus far.

What it means for investors

Removing the threat of another national lockdown doesn’t mean that the pandemic is over or that it won’t continue to restrain the economy. The behavioral changes necessary to prevent a second wave will hamper economic growth.

What seems likely at this point is that the economy will settle into a middle ground between a full shutdown and what life was like before the pandemic. That means that restaurants and other gathering places will continue to operate at below-normal capacity, and discretionary spending on things like travel, entertainment, and apparel will be below pre-COVID levels.

However, trends that boomed during the lockdown, like e-commerce and working from home, are likely to remain strong for the coming months as those practices remain in place. This should benefit lockdown winners like Amazon.com (NASDAQ:AMZN) and Zoom Video Communications (NASDAQ:ZM) as well as others whose products and services have become more valuable during the crisis. Cloud-computing stocks should also continue to be winners as their customers are mostly large enterprises that have been insulated from the worst impacts of the pandemic, and their employees have been able to work from home and continue doing business as normal.

On the other hand, cyclical and discretionary stocks like Boeing (NYSE:BA) that have recovered significantly in recent weeks won’t see a return to normal business for years, especially as a weak economy will further weigh on the recovery in those sectors.