Unlike the “people’s currency,” these companies offer tangible growth that can make investors rich.

Stocks have been a wealth-creating machine for more than a century. Over the very long term, the stock market has averaged an annual return, with dividend reinvestment, of about 7%. That may not sound like much, but that return will double your money once a decade. In other words, you’d have a 15-fold increase in your initial investment in 40 years.

But for many young investors, stocks have been an afterthought, thanks in part to the rise of cryptocurrencies. In particular, they can’t stop chirping about the so-called “people’s currency,” Dogecoin (CRYPTO:DOGE).

Uncovering the truth about Dogecoin

Dogecoin is popular with retail investors for a variety of reasons. It’s nominally cheap to buy, has been getting plenty of love and meme action from Tesla CEO Elon Musk, and more businesses than ever are accepting it as a form of payment. Investors in Dogecoin believe they’re getting in near the ground floor of a future global currency. However, none of these statements are entirely accurate or tell the full story.

Sure, Dogecoin is nominally cheap at $0.38 per token compared to Bitcoin at close to $38,000 per coin. But this comparison doesn’t factor in the 130 billion Dogecoin that’ll be in circulation within a few weeks. Every year, mining activity brings approximately 5.2 billion new Dogecoin into the circulating supply. This 4% inflation in 2021 might not sound like much to worry about, but it’s been a long time since the actual inflation level hit 4% in the U.S. Translation: Dogecoin is a pretty poor inflation hedge.

Enthusiasts are also making exaggerated statements when it comes to the adoption of the people’s currency. First off, Dogecoin’s blockchain is handling only 50,000 transactions daily, per BitInfoCharts.com. To put this into some context, it would take in excess of 38 years at 50,000 transactions a day for Dogecoin to handle the same number of transactions payment processors Visa and Mastercard handle on a combined basis in one day. It’s also only accepted by approximately 1,300 businesses, which demonstrates what little utility it has beyond crypto exchanges.

Even Musk is a liability for Dogecoin. Let’s not forget that Musk was all-in on Bitcoin just a few months ago, and even allowed consumers to buy Tesla electric vehicles with Bitcoin. Less than 50 days after enacting this policy, he changed his mind, with concerns about the adverse environmental impact of Bitcoin mining influencing his decision.

The full story is that Dogecoin is a terrible investment.

On May 4, Dogecoin blasted past its previous all-time high of $0.44, set less than two weeks prior, and pushed briefly above $0.60. That may not sound like much nominally, but it lifted Dogecoin’s market cap to as much as $78 billion. For some context here, Dogecoin’s market cap was larger than electric utility giant Duke Energy, South American e-commerce growth stock MercadoLibre, and about equal with auto company General Motors.

The euphoria surrounding Dogecoin looks to revolve around its lower transaction fees, relative to the big two in crypto (Bitcoin and Ethereum), increasing real-world utility, and the belief among investors that it has the “best community.”

Instead of buying into what’s clearly become a hype-driven asset with virtually no fundamental catalysts, you’d be better off ditching Dogecoin for stocks with tangible growth outlooks. The following trio of stocks are all screaming buys in June, and they’d fit the bill perfectly. 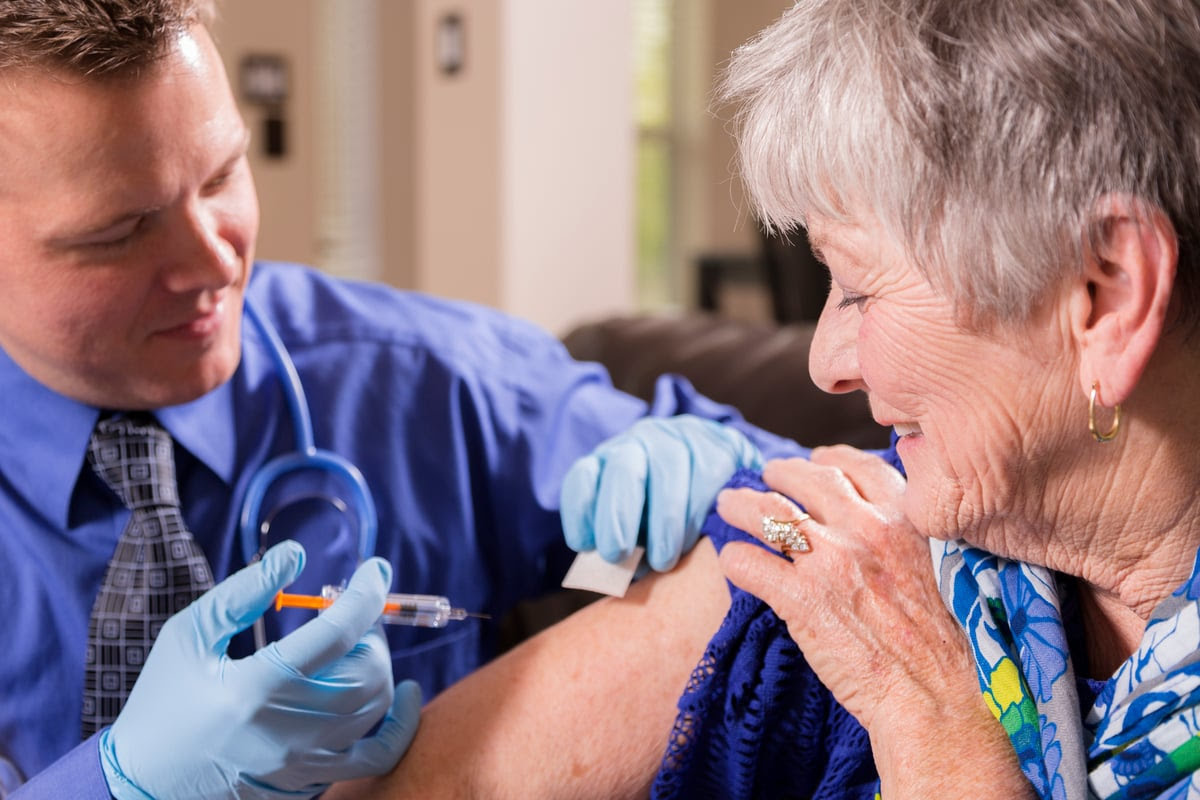 Most folks think of growth stocks and value stocks as being independent of one another. In reality, some companies can offer both high growth and deep-discount value. That’s the case with clinical-stage biotech stock Novavax (NASDAQ:NVAX).

The biggest catalyst currently in Novavax’s sails is experimental coronavirus disease 2019 (COVID-19) vaccine treatment NVX-CoV2373. This vaccine, whose scientific name just rolls off the tongue, delivered impressive efficacy in a large-scale phase 3 trial in the U.K. As a whole, NVX-CoV2373 demonstrated 96.4% efficacy against the original strain of the virus and 86.3% efficacy against the prominent U.K. variant.

The only reason Novavax hasn’t gone to the moon on such exceptional results is its numerous delays. The company had been forecasting a second-quarter emergency use authorization filing in the U.S., U.K., and Europe, but it’s been pushed back to the third quarter. There’s also concern about Novavax’s ability to produce a meaningful amount of vaccines prior to the fourth quarter.

There’s obvious worry that Novavax could miss the high-margin, low-hanging fruit in key developed markets. But this thesis misses a major point: There are around 7.9 billion people in the world, and only a small portion of them have been vaccinated against COVID-19. Even if Novavax is only a smaller player in developed countries in the beginning, its potential in emerging markets and as a booster vaccine player in developed countries could allow it to rake in billions annually.

Novavax is sitting on $2 billion in cash and has a forward price-to-earnings ratio, per Wall Street’s consensus, of just six. It’s a dirt cheap growth stock that’s screaming to be bought.

Another screaming buy that could run circles around Dogecoin is gold and silver mining stock First Majestic Silver (NYSE:AG). Though precious-metal miners have underperformed the broader market in recent years, mining stocks look to be hitting the sweet spot in their growth cycle.

From a precious metals standpoint, things couldn’t be better. The global economy recovering from a pandemic-based recession should boost demand in a big way for silver, which is where First Majestic expects to generate approximately 57% of its revenue this year. Meanwhile, gold continues to catch favorable headwinds from historically low lending rates and the prospect of higher inflation at some point in the future. In short, First Majestic should benefit from higher average realized selling prices.

But there’s more to like here than just higher gold and silver prices. First Majestic Silver has four operating mines and four projects in the pipeline, all of which are slated to increase its silver equivalent ounce (SEO) production over time, and which may well lower the company’s all-in sustaining costs.

The San Dimas mine continues to be the superstar, with the installation of a new high intensity grinding mill expected to further boost production. But don’t overlook the La Encantada silver mine, which will see a significant increase in output once the Ermitano project begins yielding results in 2022.

In short, First Majestic Silver’s operating cash flow is about to explode higher. 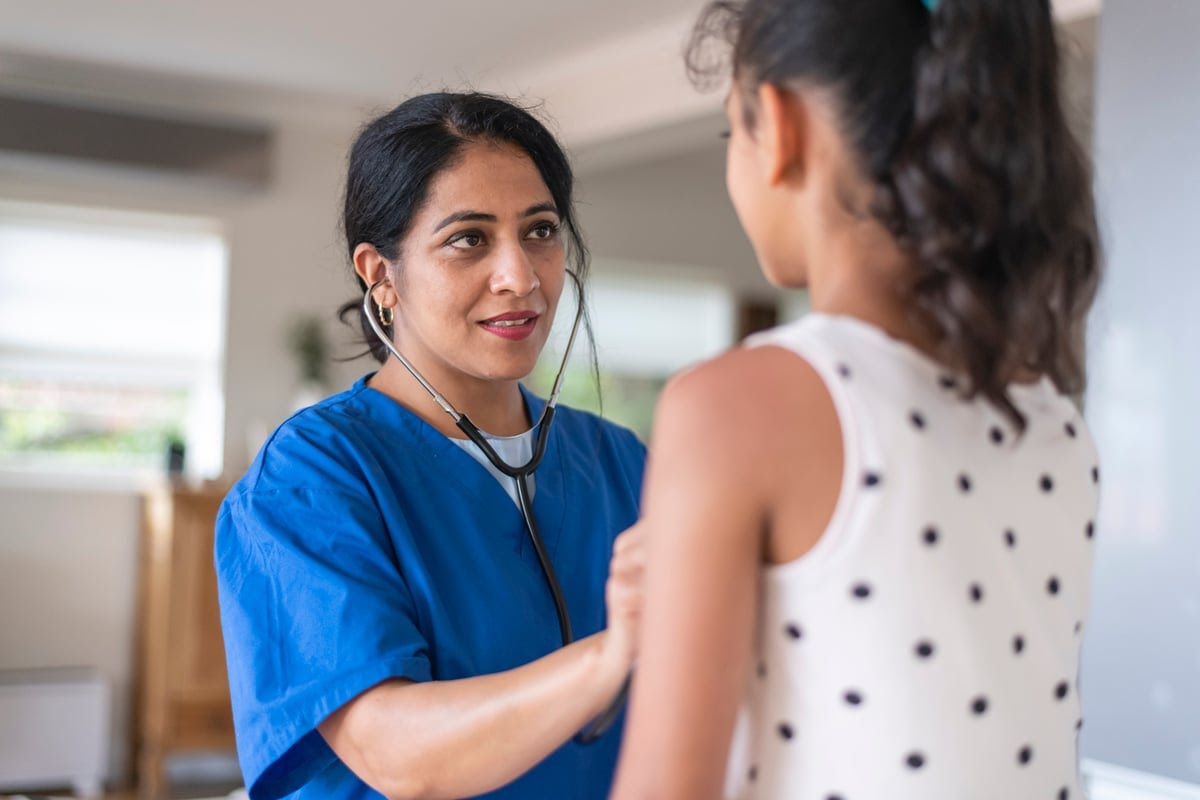 The biotech industry is also home to a third screaming buy in June: Vertex Pharmaceuticals (NASDAQ:VRTX).

What makes Vertex special is the company’s focus, and success, in treating patients with cystic fibrosis (CF). CF is a genetic disease characterized by thick mucus production that obstructs the lungs and pancreas. It currently has no cure, but Vertex has developed and had the Food and Drug Administration (FDA) approve multiple generations of treatments designed to improve lung function.

Vertex’s latest treatment is combination therapy Trikafta. Following a phase 3 study which saw Trikafta improve forced expiratory volume by 3.7 percentage points in one second, the FDA gave Vertex’s lead drug the green light five months ahead of its scheduled review date. Since it targets the most common CF mutation (the one 90% of CF patients have), it’s expected to eventually bring in $6 billion in annual sales.

Because Vertex has been so resoundingly successful at developing treatments for CF, it’s been able to build up a mammoth war chest. The company ended March with $6.9 billion in cash and cash equivalents. That’s capital it’ll use to fund the internal development of a dozen compounds, as well as make acquisitions.

Instead of gambling on a subpar digital currency, you should strongly consider ditching Dogecoin for the highly profitable Vertex.